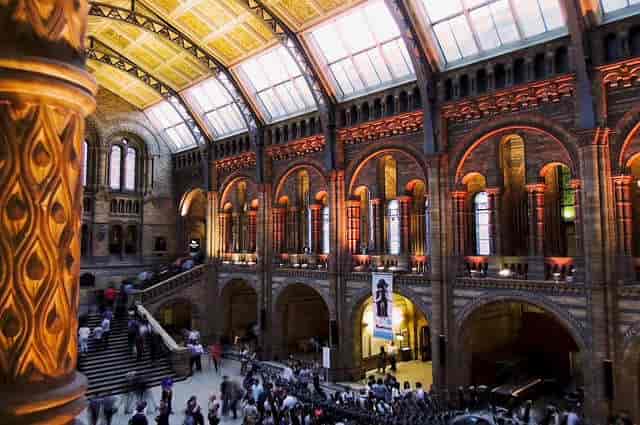 If you want to go to a museum, art gallery or theatre, London is the right place to visit. It is home to a vast variety of museums of all different types. They range from the conventional to the unusual to the downright strange. There are large venues and intimate places.

The culture may appear in traditional forms or leap at you in a barrage of interactive devices. Whatever your preference, London has something for you. Some are easily within your reach as you walk along “Museum Mile.” Below are but a few of the seemingly endless possibilities from which to choose.

Adelphi Theatre – Charing Cross Embankment
This small gem of a theatre first opened in 1806. In the 1930s, it was remodeled in the latest Art Deco style. You can still see the touches in the stylish motifs of the auditorium.

Dali Universe – South Bank
This museum, art gallery is a splendid mix of artifacts and the artist’s paintings. Dali Universe contains approximately 500 works of this surrealist master including Red Lips Sofa and Lobster Telephone. It also has the largest collection of Dali sculptures made between 1935 and 1984.

There are hands-on encounters with trains, buses and trams from the past and present. You can watch a video or a short film or shop in the gift shop. The building is itself of architectural interest. It is an old, cast iron structure. This Victorian building was once the home to a flower market.

Museum of Childhood at Bethnal Green
This little gem is a part of the Victoria and Albert Museum. Since its opening in 1872, it has delighted adults and children with its vast array of toys.

These cover the period from the 16th century to the present. There are toys and accessories including old dollhouses, model trains and hobbyhorses. There are also old mechanical games and toys as well as the usual teddy bears and dolls.

There are exhibits behind glass and some touchable and interactive stuff for the children. Young girls in particular enjoy a visit. There are Smart Toys, changing exhibits and a host of things for children to do.

If you go do notice the elaborate fish scale marble mosaic floor. It was the painstaking work of female prisoners installed at the Woking Gaol. The murals are by F. W, Moody.

Museum of London – London Wall
The Museum of London successfully amalgamates 2 distinct collections into a unified whole. These are those of the Guildhall Museum and the London Museum. The exhibits cover the history of the city from 4,000 BCE to the present day.

The chronological displays are friendly to both adults and children. There are tactile and interactive exhibits to amuse and serious facts to explore. There is a recreation of a 19th century street complete with shops as well as a real cell from Newgate Prison. There are displays on the Blitz. There is also an impressive slice of London’s 4thc. Wall incorporated into the building’s usage.

National Gallery – Trafalgar Square
Founded in 1824, the National Gallery contains approximately 2,300 works covering 700 years of European art. Like the Louvre in Paris, these are the genuine articles.

The Gallery is among the finest worldwide. It is home to Holbein’s “The Ambassadors, Van Gogh’s “Sunflowers” and Monet’s “Water Lily Pond.” There are Titains, Rembrandts, Carvaggios, Vermeers, Velasquez’, Michelangelos, da Vincis and Van Eycks.

In the East Wing, you can feast on works by the Impressionists while in the Sainsbury Wing, the art ranges from 1250 to 1500. The West Wing is home to works dating from 1510 to 1600 and the North Wing covers the period from 1600 to 1700. Highlights include Leonardo da Vinci’s “Virgin of the Rocks,” Jan Gossaert’s “Adam and Eve,” Rembrandt’s “Belshazzar’s Feast,” Tintoretto’s wonderful “St. George and the Dragon” and Hogarth’s “Marriage à la Mode.”

The building is also a dignified edifice. It is the work of William Wilkins. He had to incorporate a former royal palace into his plans and include a cupola to crown the front portico and 2 bell towers. Somehow, the neo-Classical structure works as a whole.

National Portraits Gallery – Leicester Square/Charing Cross
The building is remarkably compact. It is people-friendly and in an ideal locations – beside the National Gallery.

This is an art gallery where faces not objects are an integral part of the work. Portraits of all the famous royals look down at visitors from the walls.

There are Tudors, Stuarts, Victorians and the current monarch. Wives, children and mistresses are portrayed in the artworks. There are also 16th century copies of earlier monarchs, particularly the Plantagenet rulers.

For fans of Henry VIII, there are portraits of him and his wives, including paintings by Hans Holbein. The Gallery possesses the portrait of “John Evelyn” by Robert Walker as well as work by Dahl Kneller, Cassandra Austin and George Hayton. There are also photographs and busts, drawings and caricatures.