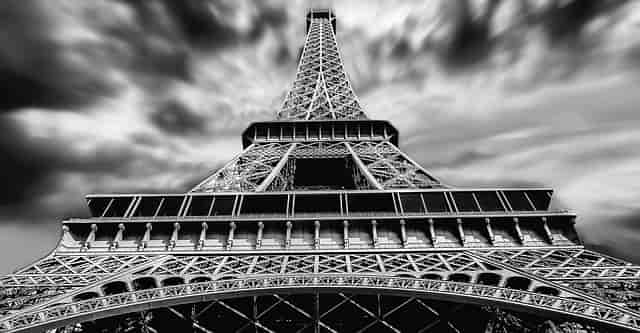 The Tour Eiffel is truly a symbol of Paris. It is the most recognizable feature of the city and, in fact, the world. It stands alongside such standing structures as the CN Tower in Toronto, Canada, Big Ben in London, England and the Statue of Liberty in New York, New York Harbor in the United States.

Located in the 7th arrondissement, the Eiffel Tower was a marvel of “modern” engineering. At the time of its construction in 1889, the architectural efforts of Gustave-Alexandre Eiffel faced great difficulties in erecting such an edifice. Once completed, he was the object of massive amounts of ridicule of this – the Giant Asparagus.

Today, the Eiffel Tower stands defiant, stretching some 1,025 feet (320.75 m) into the sky above Paris. This landmark weighs over 7,000 tons. At night, the girders twinkle. Some 20,000 lights send out a bright glow across the city.

There are several ways to “visit” the Tour Eiffel. You can

There are several ways to enjoy the Eiffel Tower. Be sure to fit at least 1 of them into your schedule. While you are in the neighborhood, you may consider fitting in any of the following nearby attractions: